EN:
Hello,
Here is a small map to have a programmable character generator (PCG) that can get 4 graphic plans of 4 sets of 256 characters, a total of 4096 characters.
It can display 4 screens of 320x200 pixels and 8 colors in blocks of 8x8 bits.
It connects to the backplane directly.

I will soon publish the plans under KiCAD, but in the meantime, a small demonstration video ...
https://github.com/SHARPENTIERS/GCG700/ ... l_demo.mp4 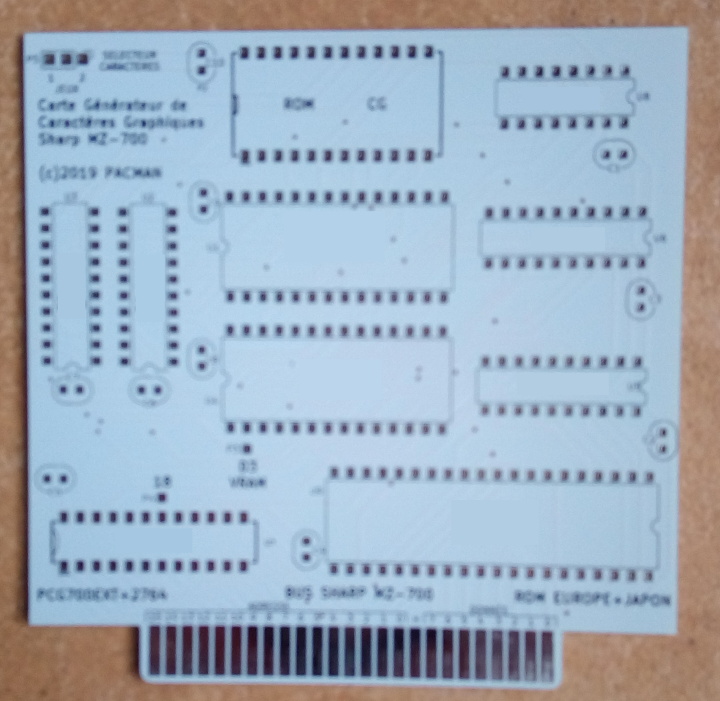 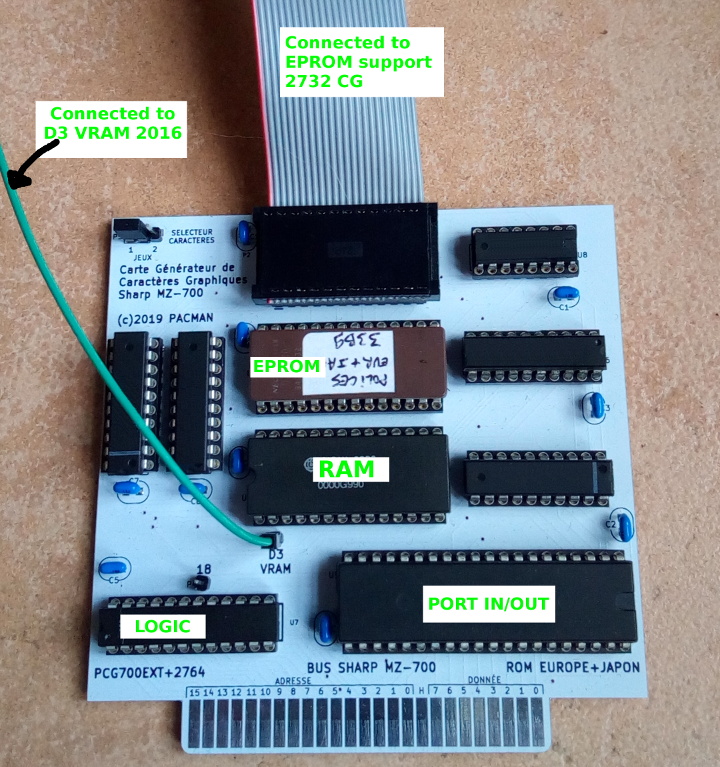 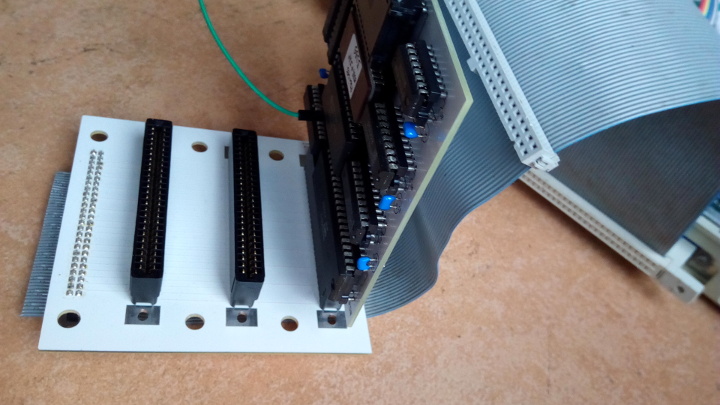 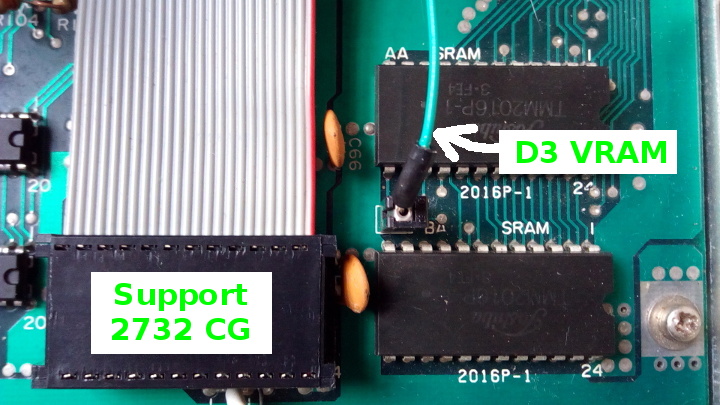 Impressive! This opens up for a lot of possibilities for gaming on the 700. Without having looked into this at all - would it be possible to create a VBL interrupt too?
Top

EN:
Yes the 5V comes from the CGROM

1) there is only one /INT signal (regardless /NMI) and it is used for timer2.

While using /EXINT would certainly allow to raise an interrupt, it would call the same routine and so you need to alter the monitor code so it can distinguish the source.

/VBLK is issued by the ASIC and it is not clear if it is set in high-impedence when not asserted negatively. Why the question? well if you want to have several controllers be able to use /EXINT, I think it's pretty clear that they may all be high-impedance when not asserted negatively so they cannot affect the others if they output a high signal instead.

So in the end, we need an interrupt controller which is the only one to use /EXINT preferably. We keep IM1 because of timer2 which doesn't provide an offset. When calling RST 38h, the routine first check by reading a status port of the interrupt controller to determine the interrupt source. If no source, timer1. To be honest, even this way is not great: you can still receive /INT1 (timer2) AND /EXINT in the same time and still be unable to detect whether /INT1 raises.

The best approach would be to deroute /INT1 as one of the sources for the interrupt controller but it would means some changes on the motherboard and in the monitor code.

Or we keep /INT1 as such (/INT1 and /EXINT are ANDed) but we also provide /INT1 as a source to the interrupt controller which will also assert negatively /EXINT so the interrupt routine can retrieve that /INT1 is also asserted negatively. There could be some timing issue between /INT1 and the resulted /EXINT though... or not.
Top

EN:
I do not think that it is possible easily in state because / VBLK is generated directly by the M60719 and goes on the 8255 in PC7. It would be necessary to be able to transplant on the pin 10 in order to exploit it.
Personally, I do not really want to go soldering directly on the motherboard.

EN:
I have finalized a project of creating, editing and generating 40x25 screens, characters using all the features of the GCG card and patterns ranging from 1x1 to 5x5 to create games. Here are some screenshots.
For the moment I will generate assembler codes, but I could integrate a generation of MZF files later, I await your suggestions.
I finalize all this, and I make available as soon as it is ready. 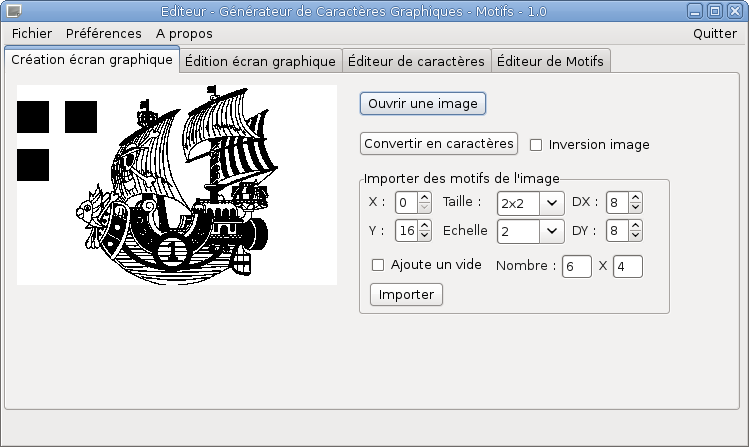 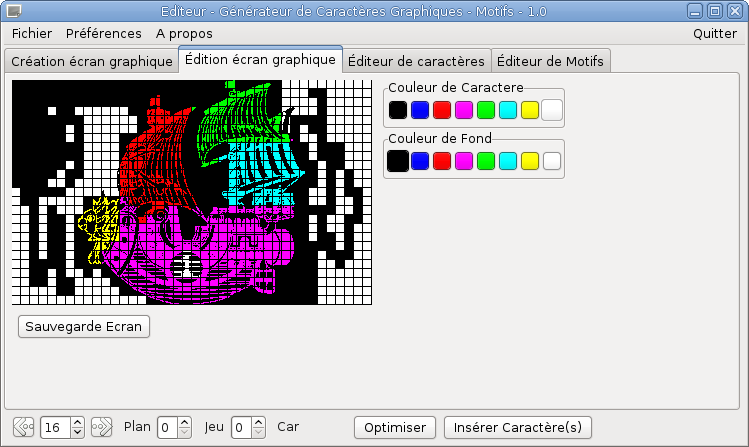 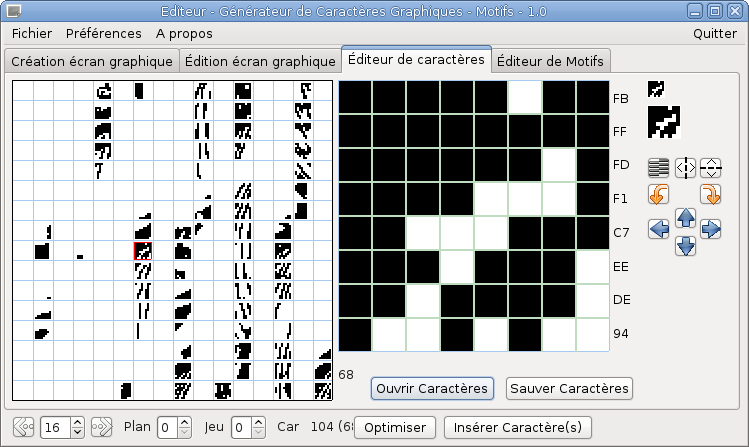 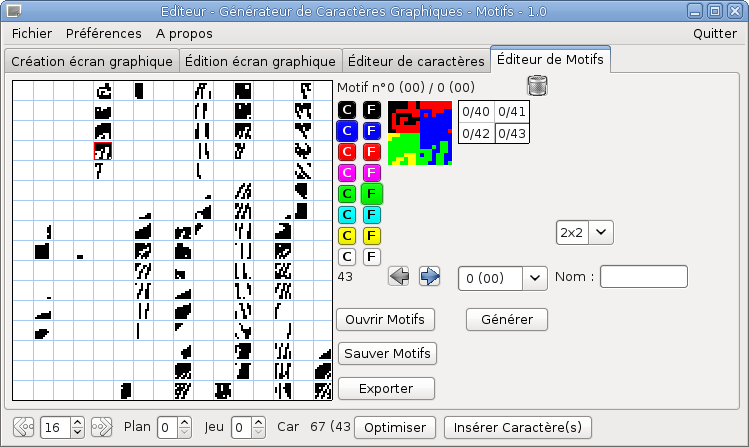 I can't wait to get my hands on this (and a unicard).
Top

EN:
Hello,
I just updated the PCG for Sharp MZ-700 : https://github.com/SHARPENTIERS/GCG700
There is :
- Technical documentation
- The PCB
- The Schema
- The list of components
- A small demo with its source code to program graphics
- and an example of a game that comes directly from Japan from the October 1987 issue of "OH! MZ", BROADSWORD, which I scanned, disassembled, re-assembled and adapted for original use, European or PCG mode .

The pattern and character editor is not quite ready yet. He will arrive very soon. 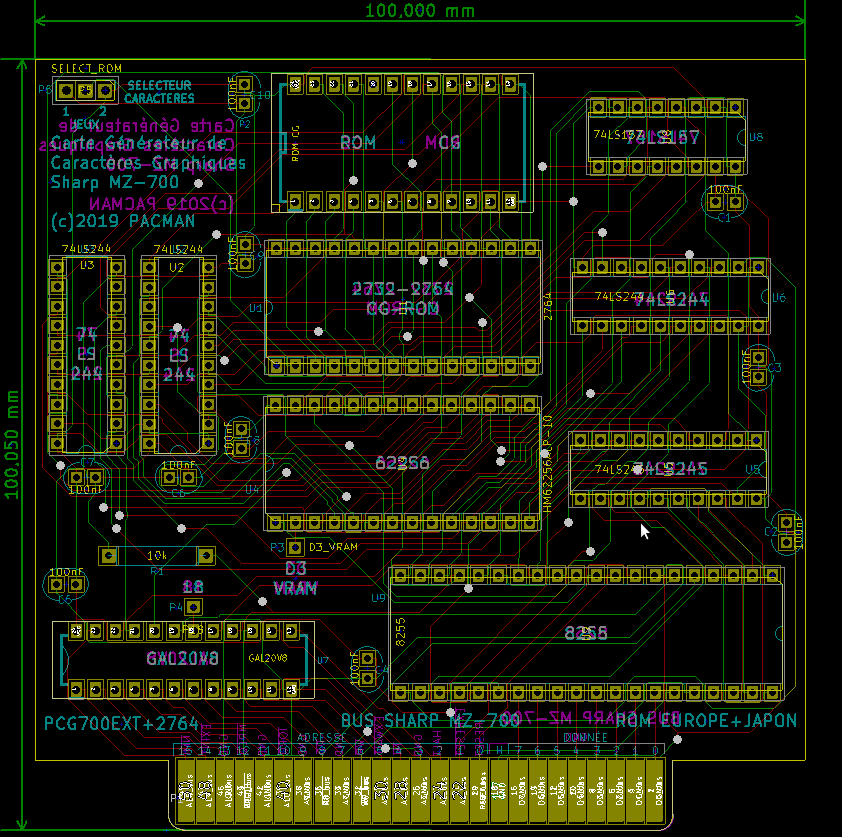 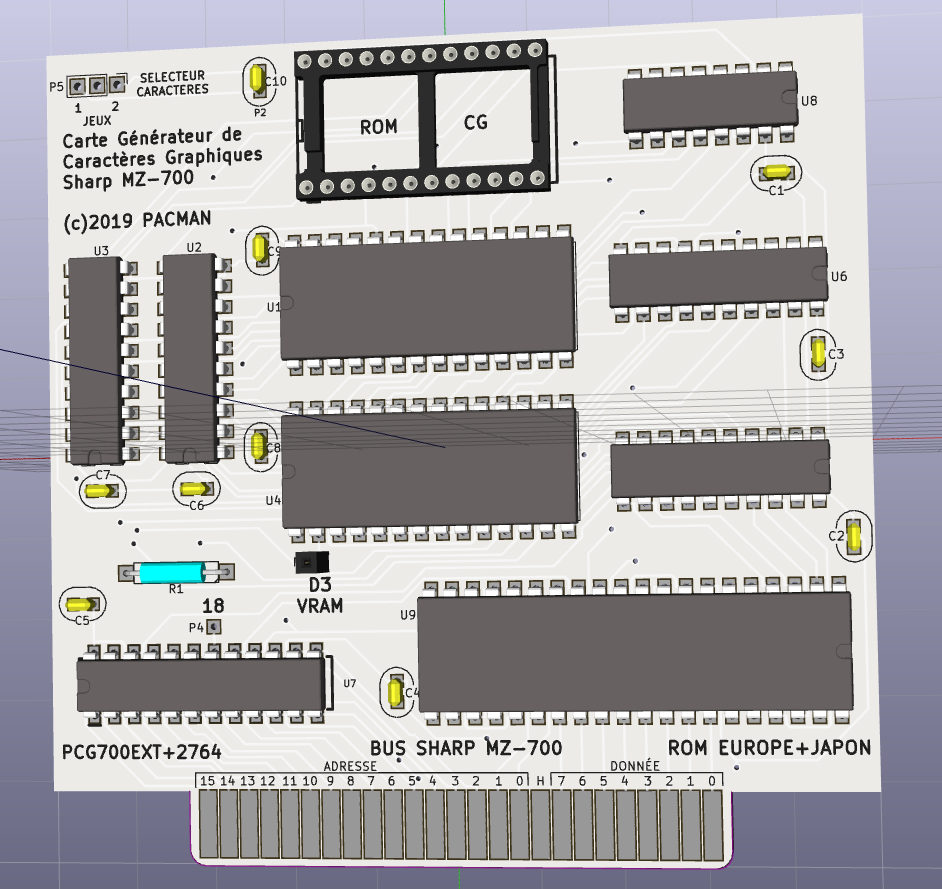 Looks perfect. It makes a completely new computer... I can imagine very nice Games, something like Games for MZ 1500 or X1.
Top
Post Reply
17 posts