- Unless your a meticulous character, a lot of the time you react on automated memory response, the wires were yellow and black, PC for 12V, hence hooking up 12V!

Something of interest though, I have advanced the tranZPUter SW (https://eaw.app/sharpmz-upgrades-tranzputer-sw/) quite a bit and it fully works in the MZ80A for bios (TZFS) level and CPM, I will fully document later on my site, but I thought, why not try the tranZPUterSW in the MZ700 which works flawlessly just needs a board redesign/miniaturisation (CPU is opposite position to the MZ80A and less space), so another task but will be worth it as I have the 80A, 700 and 80B to upgrade with this board.

CPM boots but hangs, I think because Ive not checked operation without the FDC controller. I heard of an 80column mod for the 700, is this something that is on the forum? 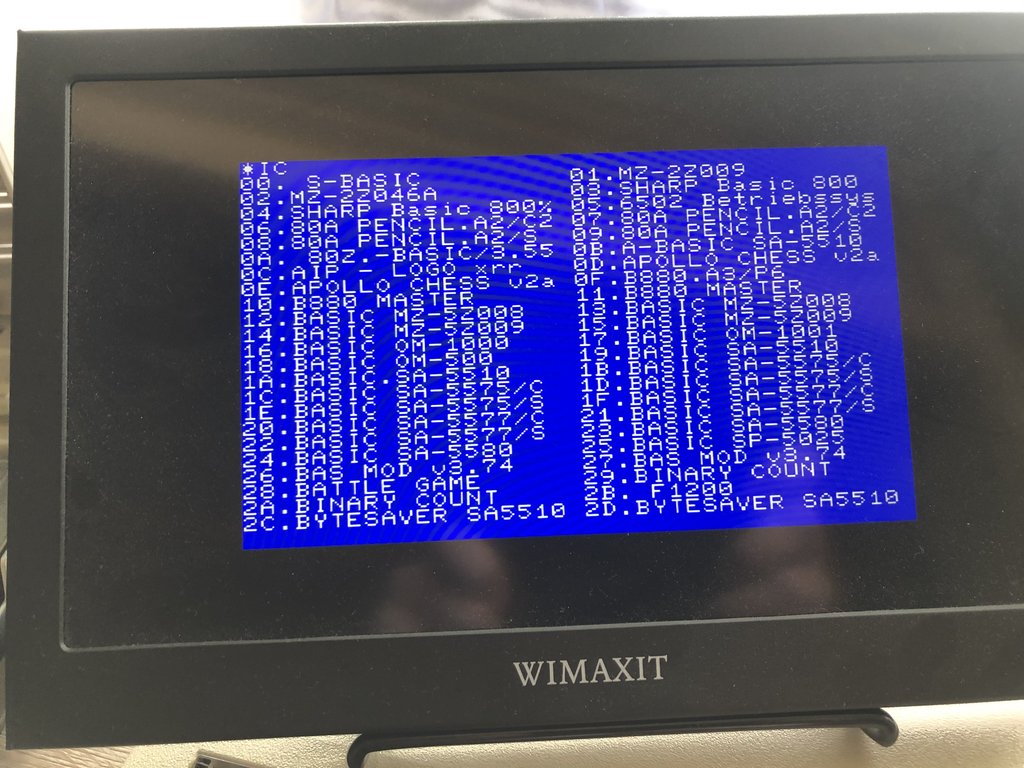 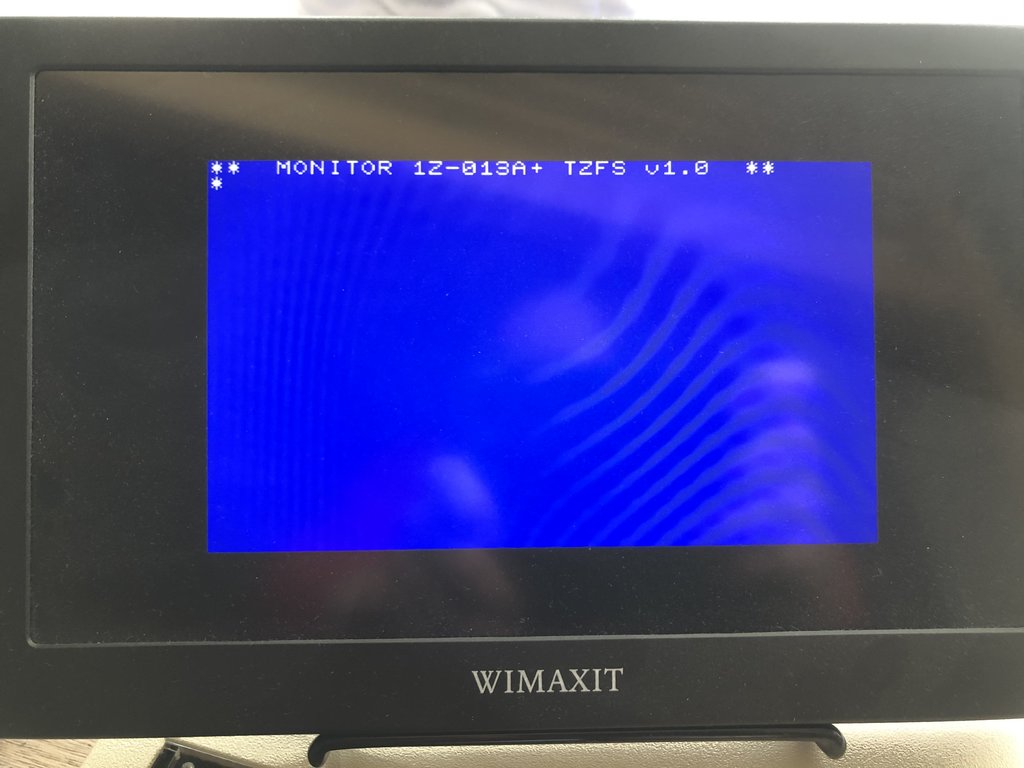 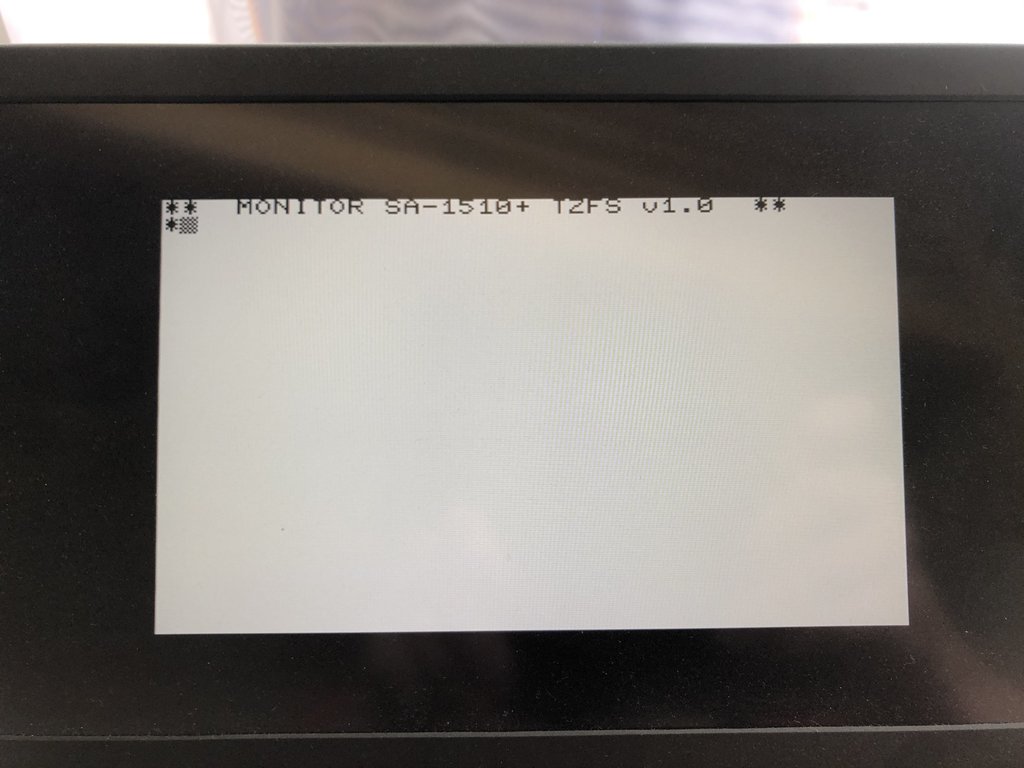 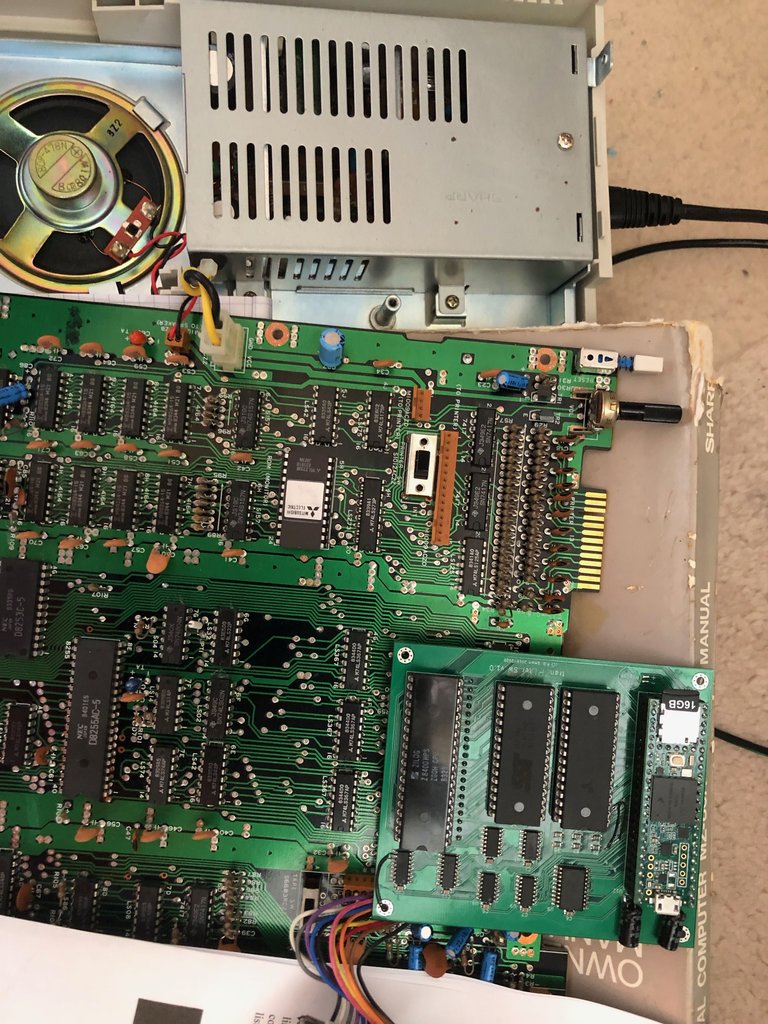 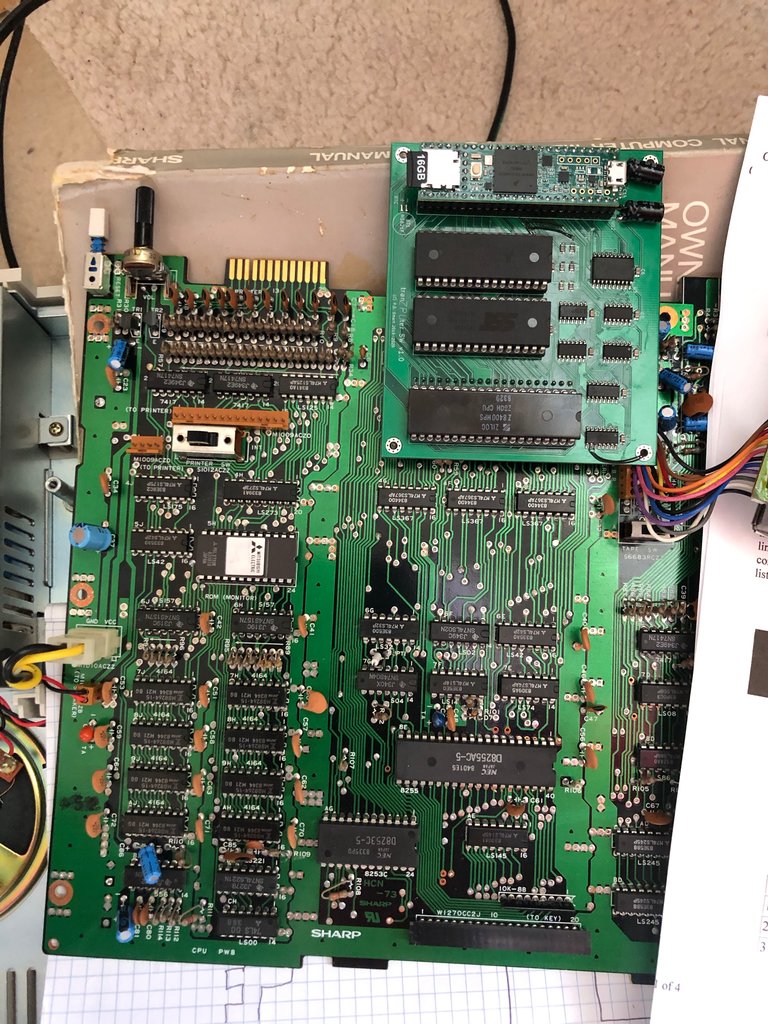 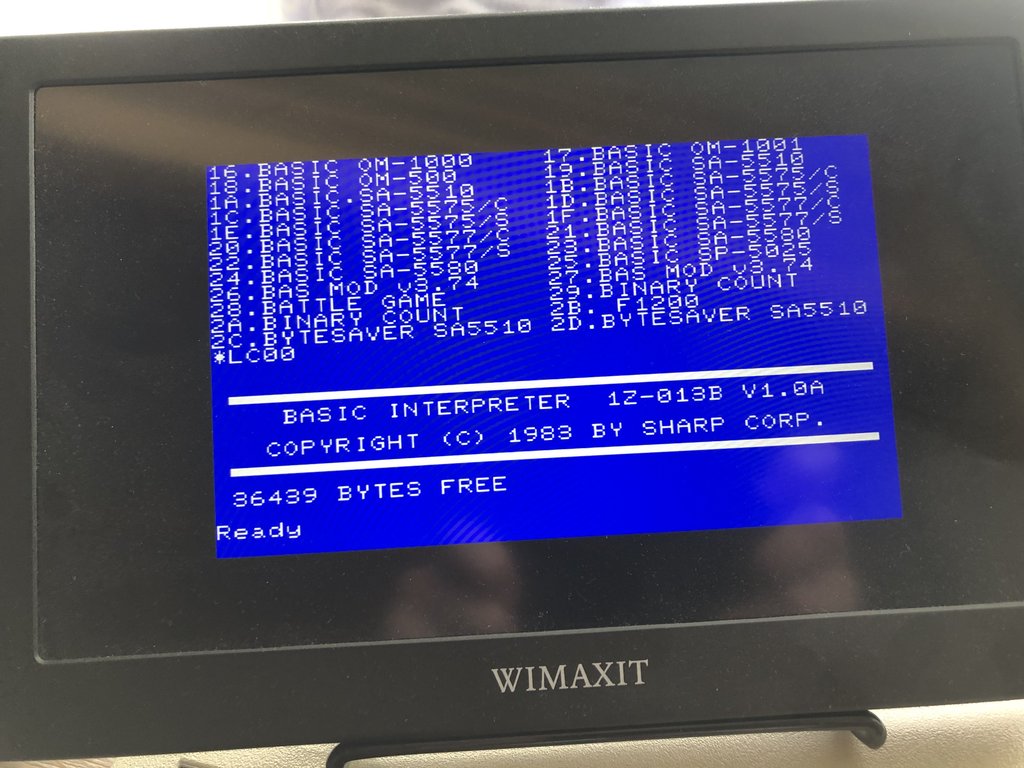 I tried the Atari forum 2 years ago but haven't really been back, Sorgelig will be getting quite a bit of attention from the MiSTer so I guess it's natural he created his own forum. I sometimes wonder if he is an employee of Terasic/Intel, not natural the amount of time he spends on the project, certainly a very good advert for their products!!!
Top

Thank-you, I took a look and seems though a lot of the links to sharpmz.org no longer work.

The genuine ROM remains onboard and the machine works in it's original form unless a file TZFSBOOT.FLG exists in the root of the SD CARD. TZFS (RFS rewritten for the tranZPUterSW) is loaded into the tranZPUter memory banks and mapped to location $E800 and If the file TZFSBOOT.FLG exists then the memory $1000-$1200 is wiped to $00 which causes the original ROM to jump to $0000 (because it is doing calls to the keyboard sweep and the stack exists below $10f0 so when it returns it picks up $0000 and this causes a reset). Once it resets, it looks at $E800 for a user ROM and if the location $E800 is $00 and cannot be overwritten it jumps to $E800 and in so doing starts TZFS. The same can be done if the TZFSBOOT.FLG doesn't exist, just enter the command JE800 - otherwise the machine behaves as original. The reason for the wipe is because the ARM processor isn't fast enough and if you hold the Z80 too long the DRAM becomes corrupt so best to let it startup, let the ARM startup, load the memory from the ROM files on the SD card and then make the trick above.

The ZPU though should be quick enough as it is operating at the hardware level, but that is still wip!
Top

Found it thank-you, the SUC article at the end has the details.
Top

I see. Remind me of a weird behavior with Unicard I have. When powering on MZ-700, I enter the monitor prompt immediately so I need to press RESET in the rear to start the IPL loader. I suspect Unicard has the same issue as your ARM processor not to be fast enough but is less smart as yours